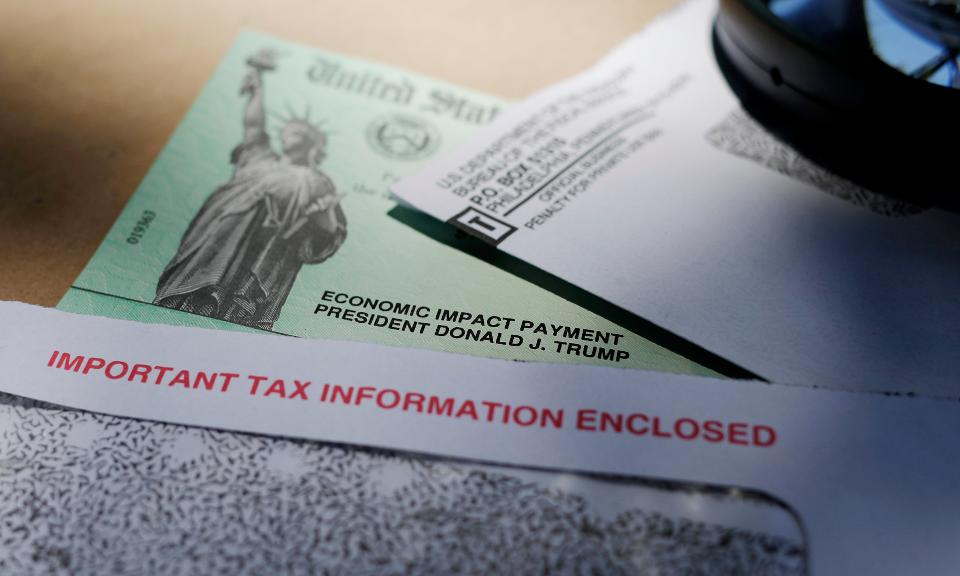 Posted at 01:39h in SSNAPP Press by admin 0 Comments
0 Likes

During the Covid-19 response, the amount of fiscal and monetary response has been extraordinary. As unemployment approaches highs not seen since the Great Depression, governments have rushed to bridge the gap. As per NBC News, the IRS has sent out over 159 million stimulus checks, representing about $267 billion directly dispensed to Americans.

The payments represent a $1,200 payout for each adult, $2,400 for married couples, and $500 for each child 17 years and under who are under the care of adults. 120 million of these payments were sent by direct deposit, 35 million by check and 4 million by prepaid debit card.

In a recent Congressional hearing, the question of whether or not to use a digital dollar to deliver further stimulus payments came up. The full notice with PDFs of witness testimonies is on the official Congressional site. A memo that came with the hearing notes that 35 million payments were made through paper checks, while 30 – 35 million more were to be made — and this was just with the first round of stimulus. $55 billion was sent through paper checks through June 5th, 2020.

Most Popular In: Crypto & Blockchain

The default assumption is that those with paper checks are underbanked or unbanked. According to the Consumer Federation of America, it cost, on average in the United States, 4.11% of the amount to cash a payroll check through cash checking services. However, this varies highly by state, with some states such as California having charges as high as 12%. Applying this average across all checks sent in the first round however yields savings of slightly more than $2.26 billion if you could abstract away all of the cost.

While it’s possible people used other methods than cash checking firms to deposit their money and that digital wallets/accounts will have processing fees of their own (though much smaller), this number would only compound further with more stimulus checks sent to people whether in catching up to this first round or in future rounds. It’s safe to say that the American taxpayer could benefit in the order of billions of dollars.

The memo also noted that 64 million taxpayers filed without any banking information in 2018 (about 41% of filers), making it difficult to make direct deposits and representing a population of people who might be underbanked or unbanked, and would be difficult to get stimulus payments to with direct deposit or without significant processing fees (if their information can be obtained at all).

The bills proposed by Senator Brown (Ohio – D) and US House Committee on Financial Services Chairwoman Maxine Waters not only ask for digital wallets for delivery, but want to tie these digital accounts with physical postal service infrastructure and additional stimulus payments until unemployment is within 2% of the pre-Covid-19 pandemic — so roughly 6% unemployment (the current unemployment rate stands at 13.3% as of June 19th, 2020). This could mean multiple rounds of stimulus beyond the current round, especially if there is a new President and Congress after elections.

If that comes into fruition, that means multiple rounds of inefficient paper checks sent at the current rate — meaning that recipients could stand to lose tens of billions of dollars in aggregate they would not have otherwise.

One of the interesting reasons fiscal policy and monetary policy sometimes clash in terms of timing comes down to implementation issues. Essentially, monetary levers work very quickly: established players in the private banking system are already on trusted ledgers with the Federal Reserve. There are already quite transparent and liquid markets where the Fed can decide to go and buy assets.

This makes monetary policy fast-acting, and quite often it will be the first step that takes effect. With less democratic constraints and a smaller voting board, monetary policy is designed to be an emergency stopgap. It does, however, come at a cost. Monetary policy often cannot solve a problem, especially one that’s largely non-financial in scope, by itself.

It often also can cause inequalities — as the assets it bumps up in price are often disproportionately owned by the wealthiest and most politically connected classes. If not coordinated with fiscal policy, monetary policy can quickly create a chasm of economic resentment. It can also become a crutch, with several states that have adapted monetary experiments such as negative interest rates finding out that market expectations adjust with them — and so it becomes ever more difficult to diverge from a monetary path.

Fiscal policy is meant to correct that, but it’s meant to be more deliberative and consequently more representational. Only fiscal authorities can do actions that directly affect people without necessarily resorting to bond markets or interest rate curves. Democratic constraints based on population-level representation (the House) and region-level representation (the Senate) should mean that any Congressional decision comes after reflection, and is not hastened automatically. This doesn’t work all the time — but it is meant to be a more equitable and deliberative process than technocratic monetary authorities.

However, once a fiscal choice has been made, constraints to its effectiveness should not play such a major role in their decision. The American taxpayer is owed billions of dollars that go to payment processors instead — an inefficiency that punishes the underbanked and unbanked. Switching to digital currency and lower processing fees should be a top priority to help reclaim something from the billions already lost.

Yet it’s clear that it comes as a backdrop of increasing digitization efforts. States carry digital ledgers for most of their money, which is stored online between private banks and central banks, but they all use paper banknotes and coins. Reducing inefficiencies and increasing the amount of data you can collect would be key policy goals for any government.

What role do cryptocurrencies play in this debate? The Congressional proposal of extending the banking system with digital wallets/accounts is more of the same state-backed digital currency proposed around the world for those two key benefits of more granular data/control than cash, and less payment inefficiencies.

The American government can’t use cryptocurrencies as that would be endorsing their status as a store of value and using the power of the American state behind a peerless network that has no geographic jurisdiction beyond the physical location of its peers. If cryptocurrency is going to win the day, it will likely come through overwhelming mass public adoption of already existing digital payments infrastructure that speeds past what the government can build — a bottoms-up technological approach rather than a top-down political one.